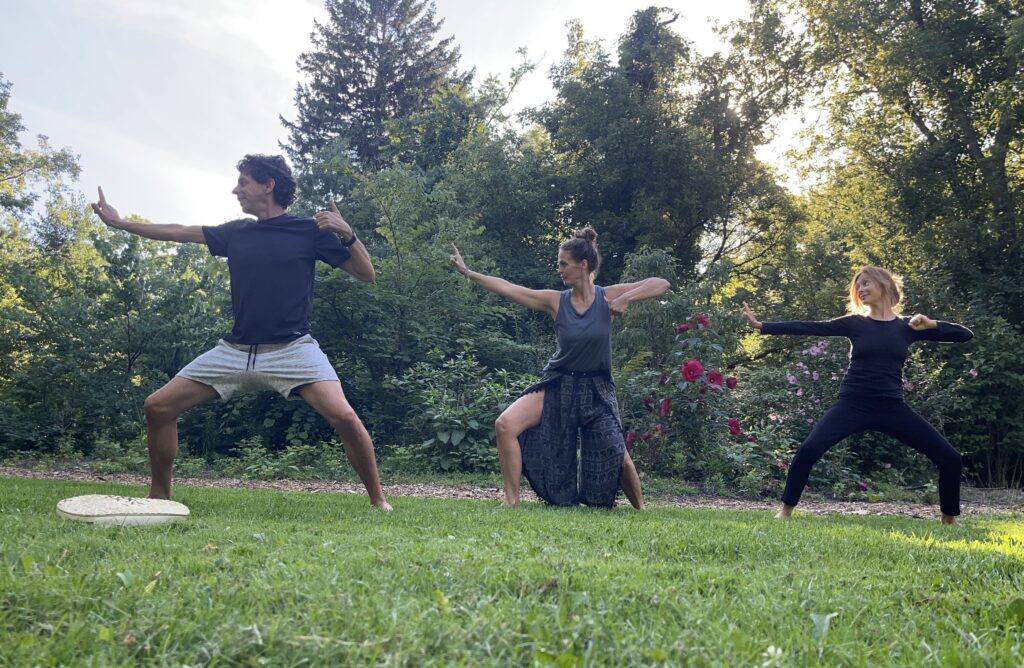 Are Qigong and Tai Chi the Same?

And Which Is Better for Beginners?

📝 Definition: Qigong (“chee-gong”) is the cultivation of life-force energy.

Qigong uses movement, breathwork and meditation to purify your organs and soothe your thoughts, leaving you calm yet energetic.

But there’s another practice that does the same thing: Tai Chi.

So, what’s the difference?

It turns out Tai Chi is actually one form of Qigong, as it joins together individual Qigong moves into a flowing sequence.

It’s like this: if Qigong were “dancing,” then Tai Chi would be the Mambo.

Which is Better for Beginners?

“Tai chi forms involve a series of many moves,” explains Nathan Rodgers, wellness writer. “One Tai Chi form can take months to learn, and a lifetime to master.”

Qigong, on the other hand, is often a single move repeated, allowing people to not only master the move, but draw deeply from its benefits more quickly.

Tai Chi is more rigid in requiring specific forms and postures, while Qigong is more free form and allows room for interpreting each move to fit one’s abilities.

This makes Qigong the perfect beginner’s exercise, as students can try the most basic forms to gain an understanding of the practice and start feeling its benefits.

Tai Chi was created by Shaolin monks and military leaders to train for battle around a thousand years ago. “They originally intended their Tai Chi Chuan, or Grand Ultimate Fist, for self-defense and combat,” said Rodgers.

Qigong, however, dates back far longer in history, at least 5,000 years, and is primarily a wellness exercise.

“The founders of Tai Chi were also well-versed in the practices of Qigong,” said Rodgers. “And interwove elements of it throughout their system of self-defense. However, Qigong is considered a health system, and Tai Chi is truly a martial art.”

A Refreshing Taste of Qigong Made Easy

One of the most popular Qigong routines is “The 8 Pieces of Brocade.” Brocades are silk fabrics, so the name implies these forms leave you feeling like you’re wearing a silk robe.

Each moves complements the next to create an exercise that leaves you feeling peaceful yet energetic, strong yet light, all based on the wisdom of traditional Chinese medicine.